I’ve longed to see the White Continent for nearly 15 years. But traveling to Antarctica can be extremely expensive. Initially, it was the cost of getting there that prevented me from going.  And then life happened, as it does… I got hitched and had a couple of awesome kids and various other grown-up responsibilities were added to my plate.  There were always reasons why now wasn’t a good time to go.

But something changed. In the last few years, I supported my best friend as she fought breast cancer three times. Even though the fight was not mine, she is my soulmate, and having a front seat to the devastation that is cancer urged me to love harder and live louder.

With that in mind, I reserved my spot aboard Quark Expedition’s Antarctic Explorer: Discovering the 7th Continent cruise.

[This post on Visiting Antarctica: 12-Day Itinerary was originally published May 2019, and updated March 2022.]

Antarctica is Earth’s southernmost continent and the home of the South Pole. I visited in February, but since Antarctica is below the equator, it was summer when I arrived.  But as a native Floridian with Caribbean roots, I consider anything below 50 degrees Fahrenheit freezing.  I compiled a list of must-have cold-weather gear to help you stay warm while visiting Antarctica or any frigid destination. The cost of a voyage to the 7th Continent is hefty. I opted for a shared, triple cabin which cut the price down a bit, but I still had to shell out $7,000 USD or my spot. This expedition was the greatest adventure of my life and the most expensive trip I’d ever taken.

Here’s more information about my journey to the “End of the Earth”: 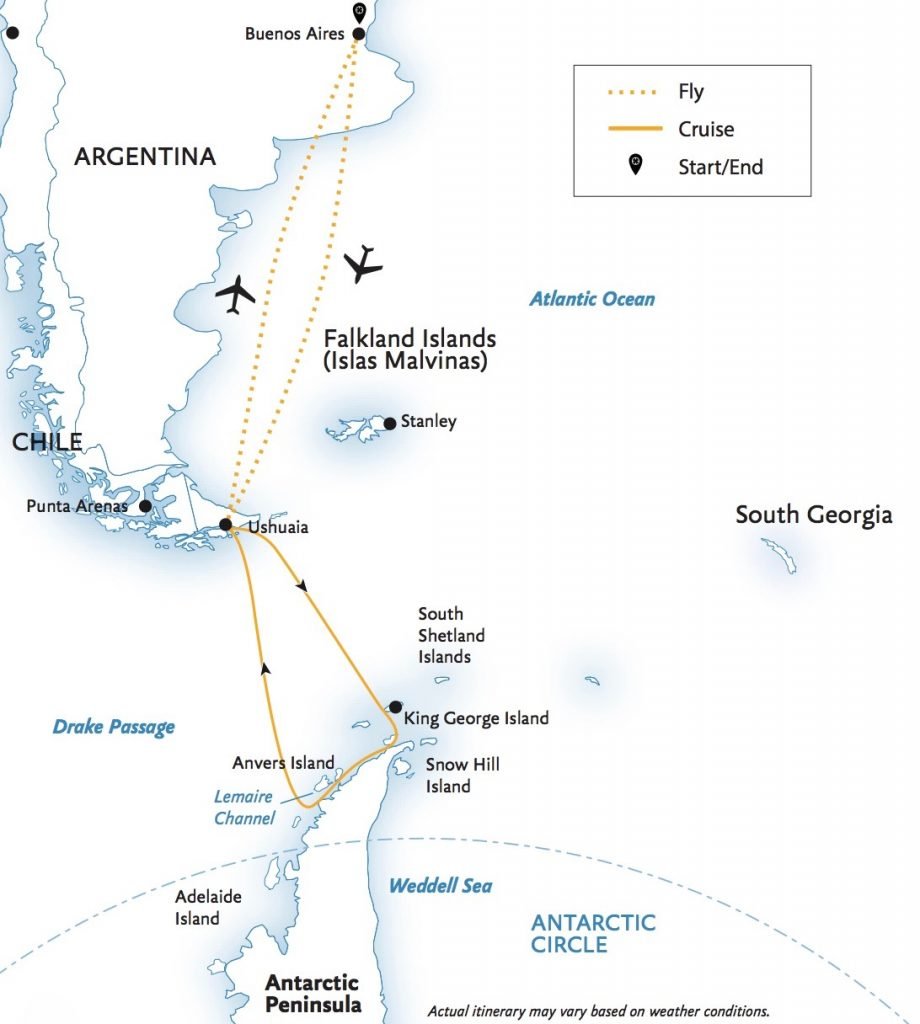 The entire Antarctic adventure starts in Buenos Aires, Argentina.  I flew from Washington, DC to Buenos Aires with Avianca.  I was tired after my 12-hour journey, but I made the most of my 24-hour Buenos Aires stay.

On day two we took a charter flight from Buenos Aires to “El Fin Del Mundo” or “The End of the World” also known as Ushuaia, Argentina.  Ushuaia is the world’s southernmost city.  Once in Ushuaia, we had a few hours to walk around and explore this small port city before we board our ship.

We crossed the infamous Drake Passage on days three and four. The Drake is the body of water between South America’s Cape Horn and the South Shetland Islands of Antarctica. The Drake Passage is 500 miles across, which makes it the shortest and most direct route to the Antarctic Peninsula from Ushuaia. The Drake Passage is the confluence of three Oceans: it connects the southwestern portion of the Atlantic Ocean with the southeastern part of the Pacific Ocean and extends into the Southern Ocean. This body of water can get so turbulent that it is often referred to as the Drake Shake, as opposed to the Drake Lake – when the waters are calm.

Crossing the Drake has become a rite of passage for many travel enthusiasts from around the world. While I’d hoped for the Drake Lake, we weren’t that fortunate. We experienced the Drake Shake on our way over. On the fifth day, we arrived on the Antarctic Peninsula and touched down on our 7th Continent. We cruised on zodiacs to explore different locations along the Peninsula. While there I saw tons of Chinstrap and Gentoo penguins, whales, sealions, and even a pod of orcas.

On the ninth day of our adventure, we said goodbye to Antarctica and started our journey back through the Drake Passage and Beagle Channel to return to Ushuaia. On our way back, we thankfully encountered the Drake Lake. It was smooth sailing.

Day 11: Disembark in Ushuaia and Fly back to Buenos Aires, Argentina

After we arrived at the Port of Ushuaia, we said goodbye to our Antarctic crew members as we disembarked from the Ocean Endeavor. While we waited for our return charter flight, we were given a tour of the Tierra del Fuego (Land of Fire) National Park, which is located in Ushuaia. We were then transferred to the airport for our flight back to Buenos Aires.  I spent one more night solo in Buenos Aires.

On the 12th day, I hopped on a plane for Washington, DC, and was reunited with my husband and little ones.

If you enjoyed this post on Visiting Antarctica: A 12-Day Itinerary, check out the following articles: 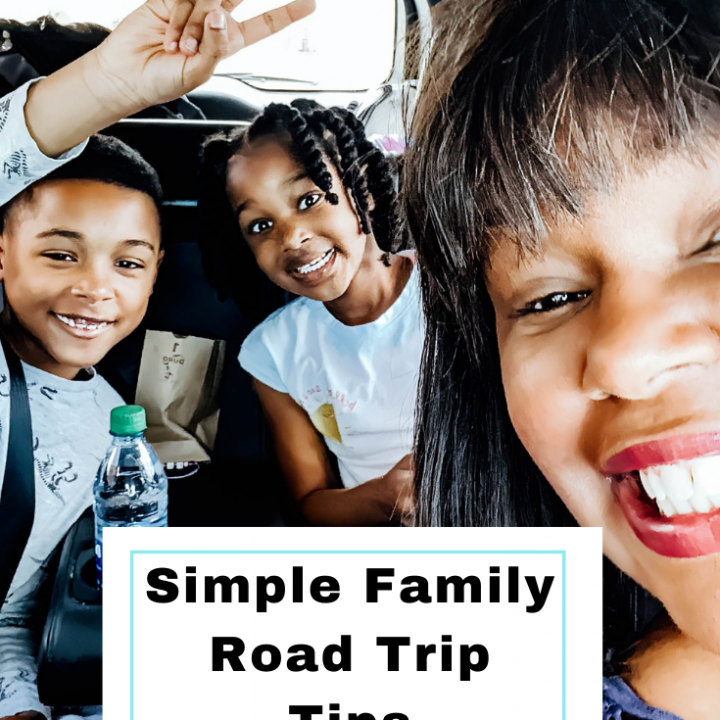 Best Fall Destinations in the US for Families

7 Best US Museums to Learn About Women’s...

Crossing the Drake Passage: Everything You Need to...